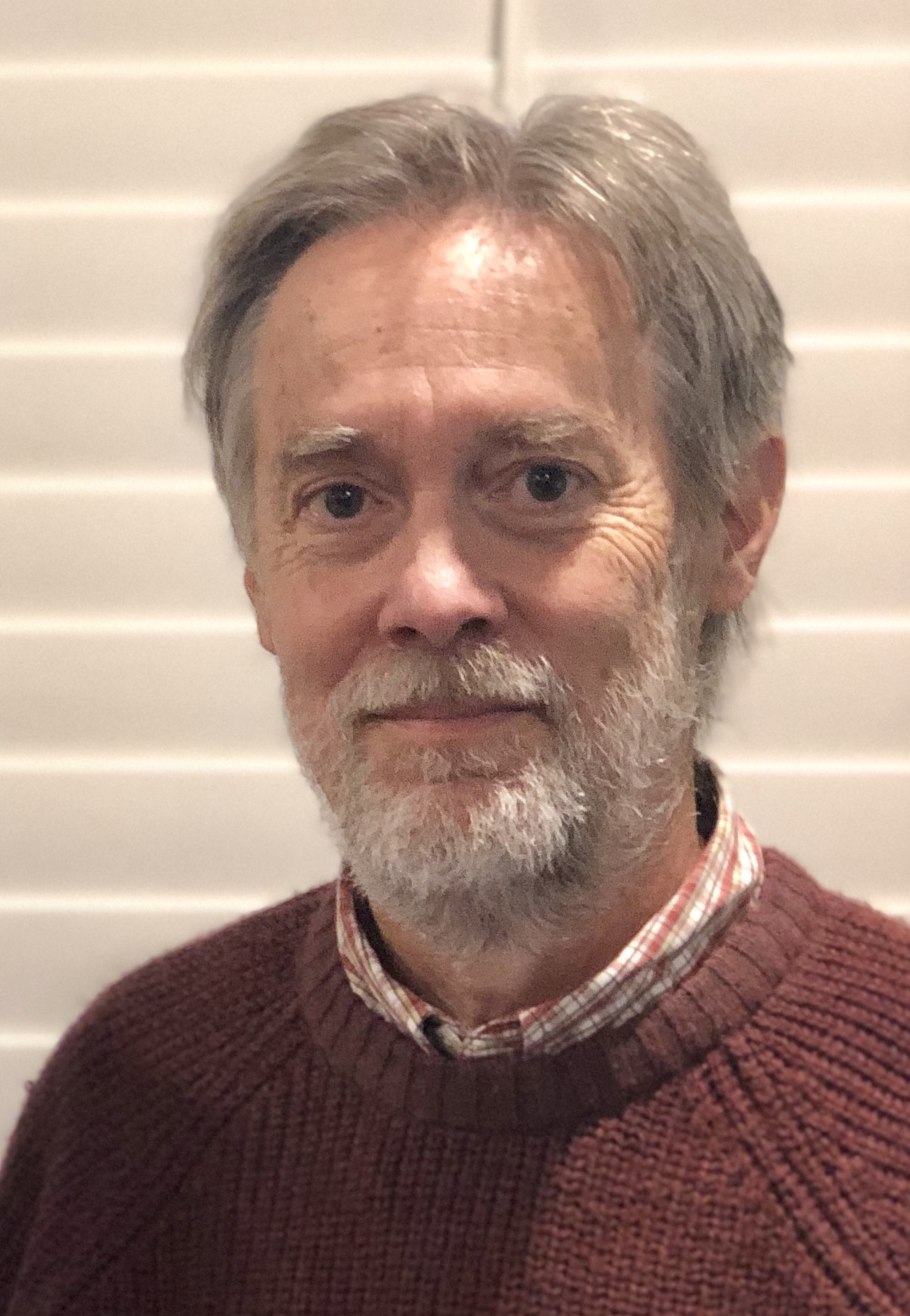 My principal research is focused on the study of cataclysmic variable stars:
Novae, Dwarf Novae, and Nova-like variables (An artist's conception is shown below). Artist's visualization of a nova (NASA/Hardy) 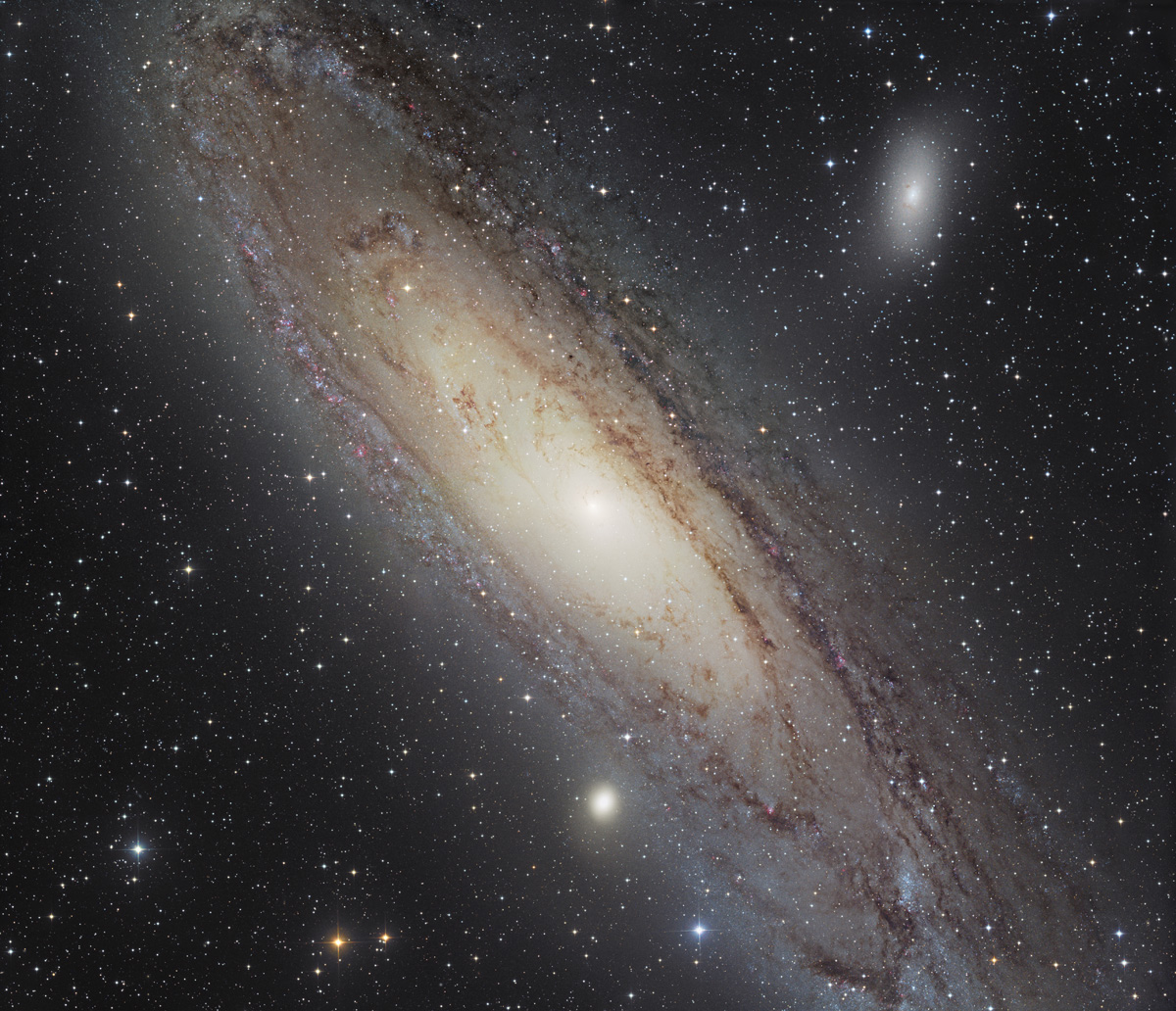 My doctoral thesis from 1983 is entitled "On the Masses of White Dwarfs in Cataclysmic Binaries", and can be downloaded here.

An image of a portion Andromeda galaxy showing the position of M31N 2008-12a is shown below.
Its annual eruptions have have generated a large "super remnant", visible as an arc to the right of the
nova site (indicated by the green cross hairs). Our group's recent work on the super remnant has been covered in SDSU NewsCenter.

My recent book on Extragalactic Novae 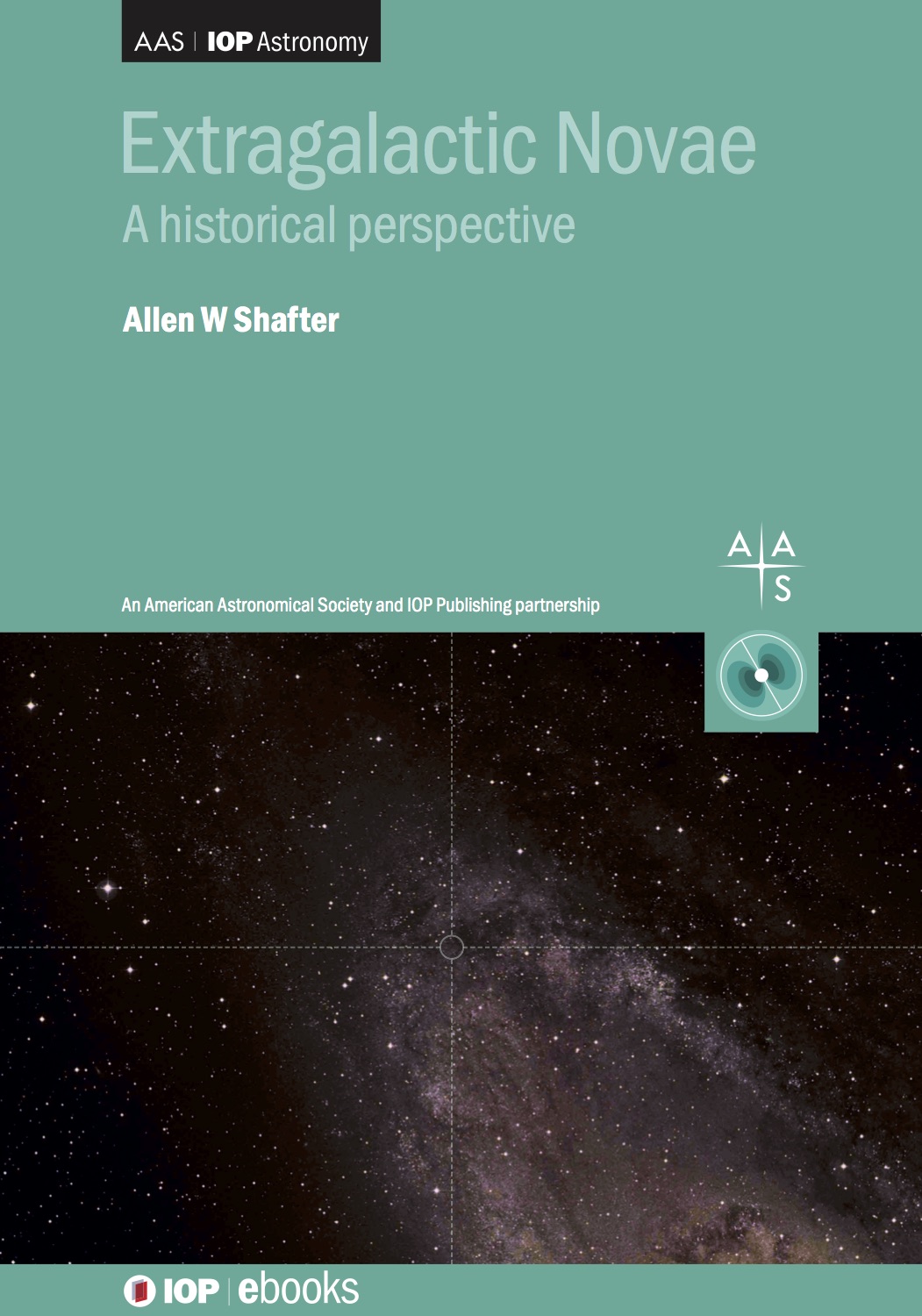 Some Astronomical Links of Interest... 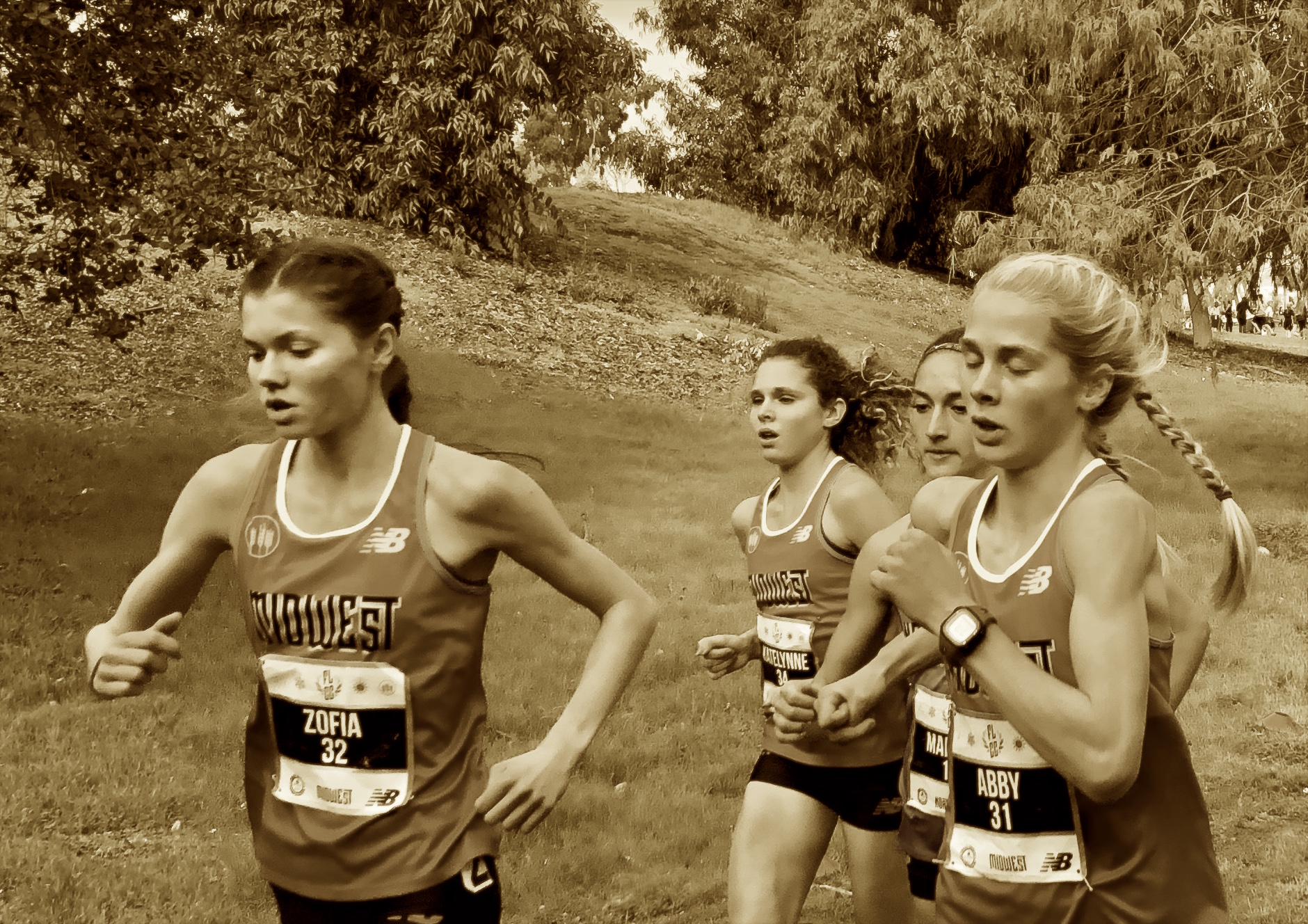 The 2019 Footlocker national championships at Balboa Park's Morley Field produced one of the fastest and most exciting high school girls cross country races in history. I tried to capture the mood about 1K from the finish of the 5K race. The girls' expressions seem to portend the eventual outcome. Left to right: Zofia Dudek (eventual winner in 16:45.0), Katelynne Hart (4th), Marlee Starliper (2nd in 16:46.8), Abby VanderKooi (3rd, 16:55.2) [14 December 2019]. 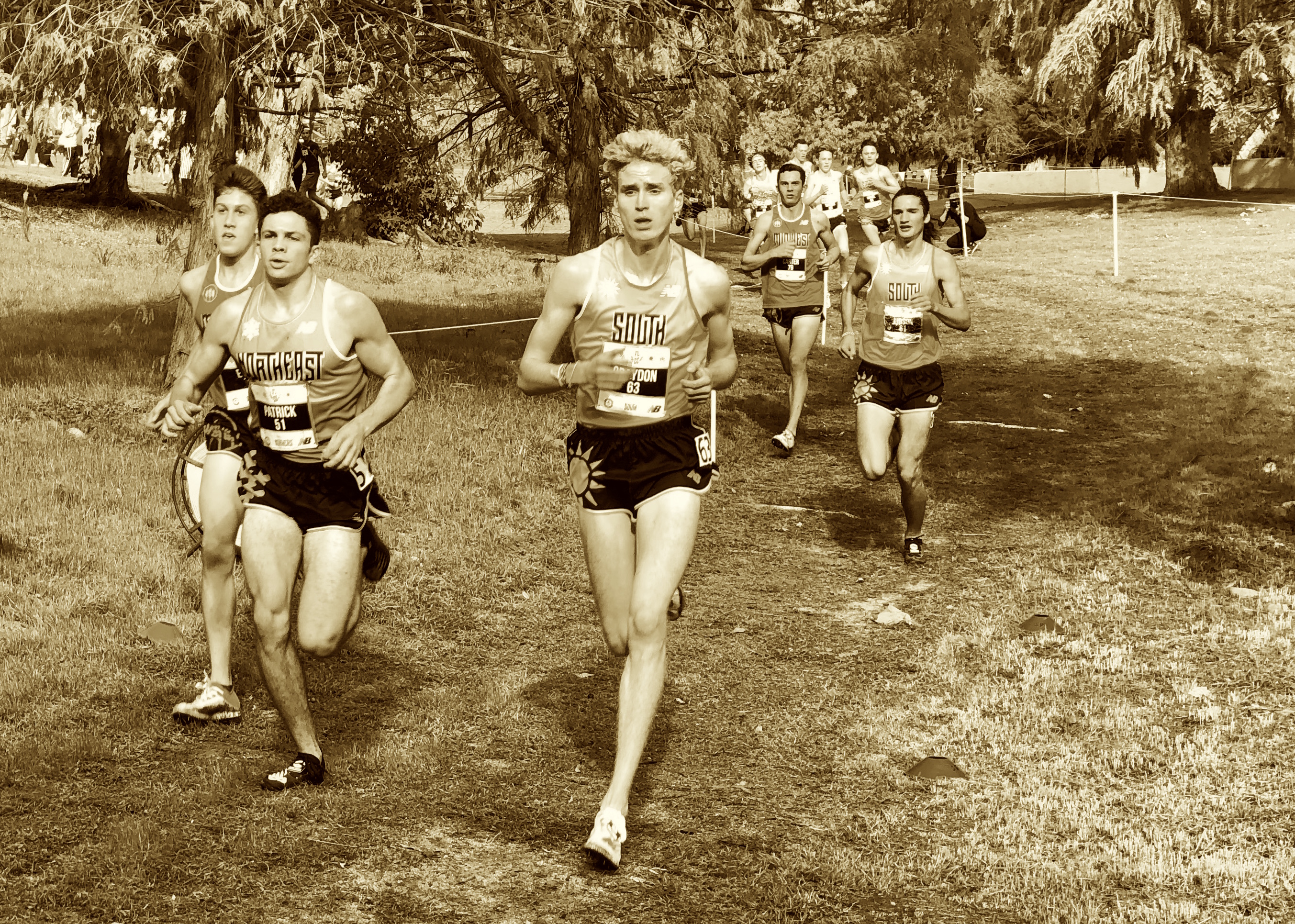 You can find out more about the Intellectual Dark Web here